View from the train on the way home. #silvercup #lic #queensthings

Sometimes, I think about Shakespeare

Twelfth Night is the story of a woman, the lone survivor of a shipwreck, who believes that her twin brother drowned with everyone else. In the name of convenience, she disguises herself as a man — it’s dangerous times to be a lady on your own — called Cesario. 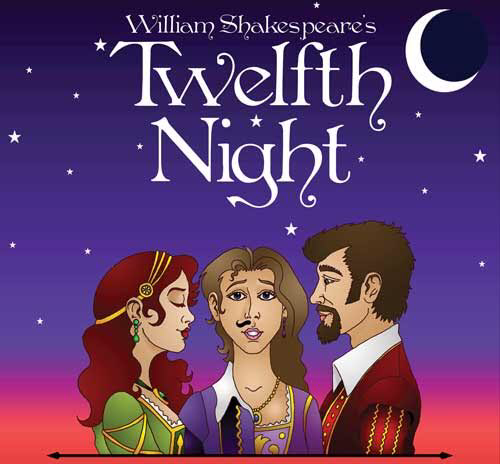 There’s more to it, but this overview covers what’s been on my mind. You can watch the Ben Kingsley/Helena Bonham-Carter film for a pretty solid adaptation (which also stars Richard E. Grant and Demolition Man alum Nigel Hathorne).

When you read a script, which is pretty common to do regarding Shakespeare, you know everyone’s name so some subtle things can be missed. I remember being very impressed by the subtle detail in “Rosencranttz & Guildenstern are Dead” that they are never explicitly named. It’s clear when you read it that it’s part of the gag of the whole thing, but it’s extra subtle to realize that it really is never clarified which one of them is which.

Similarly, though for different reasons, it’s really interesting to me that while we the readers of the Twelfth Night script know the woman’s name, we the viewing audience do not. Her brother is Sebastian; we learn that pretty early.

This brings me to her dressing as a man, which always struck me as really silly. Which is fine; it’s a comedy. But the vague justification always struck me as pretty weak. She’s acquainted with the court there, her father was a well-known merchant. It doesn’t hold up to scrutiny. But then, after decades — I’ve seen this play so many times since 1996, and performed in it once — I caught this line in act III when she says, “I my brother know yet living in my glass.“ ‘Glass’ here means ‘looking glass,’ like a mirror. And I realized that the continued disguise is a coping mechanism.

“I my brother know yet living in my glass“ means that she doesn’t have to confront Sebastian’s death when she can see him as alive in the mirror. This isn’t a stretch, either, that’s literally what it means. If I were creating a dual-text edition, that would read “my brother is still alive in my mirror.”

Her brother survives, by the way, and that’s not a spoiler for a few reasons: ignoring that the play is 400 years old so you’ve had plenty of time, we meet him living in act I. Also, not a spoiler, they reunite at the end. It’s a comedy, so we know this will happen.

But because this play is so much about identity, it’s not until Sebastian shows up and they reunite that we find out her name. In a real sense, he names her for the viewing audience, and this allows her to finally stop being Cesario and to become herself: Viola.

What Does ‘Best Picture’ Mean?

OK, so, it is Oscar season, and since movies are a beautiful and accessible form of storytelling, I have thoughts and feelings about them.

Let me front-load this by saying that “Bohemian Rhapsody” has no damn business as a nominee, “Black Panther” has absolutely earned a place as a nominee, and I’m a little on the fence about “A Star is Born.”

I’m an afficionado, but not a film-maker, and that must be taken into account. But I am a writer and student of story — and film is a narrative medium — so that too must be accounted for. What’s a story?

“Wired for Story” writer Lisa Cron says that a story “is about how what happens, affects someone in pursuit of a deceptively difficult goal, and how that person changes internally as a result,” a definition which jives with everything I’ve read from Aristotole to Joseph Campbell to Robert McKee to Shawn Coyne to Kim Hudson. So let’s hold on to that, because when I say that these films do or do not deserve their place as nominees, I’m making that judgment based largely on the stories.

In the case of “A Sar is Born,” I just didn’t find the story compelling, and the goals weren’t alwys clear. Was Bradley Cooper the protagonist or was Lady Gaga? Cooper changed; I’m not sure she did. Eh. Basically, it was a good movie, but it wasn’t for me. This part is verry subjective. What I will say more objectively is that I found its editing to be really innovative, but not appropriate for the visceral story they were telling. The way the movie would cut forward in time spoke to a very sophisticated audience, but was very cerebral, and therefor more suited to a story that dealt with a lot of moving pieces and information flow — something more like a thriller or espionage film than a tragic love story. But, hey, there’s a reason it’s a Best Picture nominee without a Best Director nod.

Black Panther is the first superhero movie to be nominated for Best Picture, and I believe it deserves that honor. I believe it to be more than your standard superhero fare. Many superhero movies are repetitive and deal with the same themes. This is no bad thing; the message that we are responsible for our actions, belong to something bigger than ourselves, and must learn to work together for a common goal is one worth repeating, but not one that will win the hearts of the Academy when Captain America explains it.

Black Panther has many of those elements but, more deeply, it asks questions about identity, and that I think is what earns it a place where other superhero movies fail. Watching T’Challa learn who he is by confronting his illusions about his father, his uncle, and his cousin makes us examine our own identities. Ryan Coogler felt he had to visit Africa just to make the movie appropriately. Black Panther was, obviously, a superhero adventure, but it also demands that we think about who we are, where we’re from, and how those things inform one another.

Note that these are markers of quality, and not necessarily cultural importance, because Black Panther is one of the most important movies of its time, I’m saying that in addition to that significance, it is also very good.

Let me be very clear: I liked Bohemian Rhapsody. I had a really fun time in the theater watching it. It is a fun movie.

But the story is weak as balls, and it was a waste of Rami Malek who was perfect.

If we agree that, broadly, a story is about how a character changes in pursuit of something difficult, then the quality of that story is in direct relation to the hardship and change. How difficult is the pursuit, how great is the hardship, how deep is the change? They were all shallowly presented in Bohemian Rhapsody: suddenly Freddie joins the band, suddenly they have studio time, suddenly they can afford it, not having a van poses no problems, his wife puts no pressure on him as he learns he’s gay, things resolve abruptly with his father but also there was no ongoing conflict with his father for me to care about that — and so on.

It’s not that there were no challenges or hardships, but they were all shallow or truncated, because the film focused on the music.

Anyway. It was a fun movie that had no business being nominated for best picture, but probably got paid to be there to maintain public interest and awareness. I mean. If I’m being cynical.

You thought we could be decent men in an indecent time… but you were wrong!